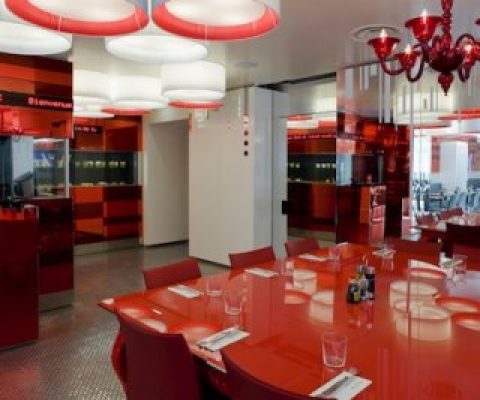 SFR and its partner SFD (the company managing Le Studio) have announced that they will be closing their concept store, “Le Studio”, located in Paris’ upscale 8th arrondissement.  Le Studio opened is doors in 2008 and was, above all, about offering their customers an unsurpassed ‘luxury’ service experience.  It was unique in the sense that […]

Recently, the magazine 60 Millions de Consommateurs(“60 Million Consumers”) released a study on high speed Internet, testing the connection speed for over 1.7 million consumers in France between January 2011 and May 2012. As reported by Numerama[FR], the study showed that, while most operators advertise high-speed internet as 10Mb/s, 50Mb/s, or even 100Mb/s, the reality is […]

With all the news about the iPhone5 coming out and no 4G in France (or not?), it seems all the more appropriate that Free Mobile founder Xavier Niel, who also invests his fair share in seed-stage startups via Kima Ventures, has become the source of inspiration for French writer Aurelien Bellanger for his latest book, La […]

France will have a 4G Network for the iPhone 5

We don’t often cover Apple news on the Rude Baguette – we leave that to bloggers who have no more interesting topics to write about. When Apple announced the specs on its latest iPhone 5, all the headlines read like this one from Reuters “Apple’s iPhone 5 puts Europe in 4G Slow lane.” How come? […]

I wouldn’t consider myself a “fan” of Bouygues – in fact, in France no one is happy with their ISP, no matter who they have. In conversations, you more often hear “Oh, you have [SFR/Bouygues/Orange], they suck!” followed shortly by a “I mean, I don’t like [not the one you have], but at least I […]