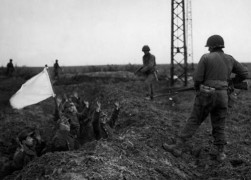 Google announced yesterday on their French blog the end of a six-year struggle with the francophone Belgian press, who argued that the “cached” versions of articles on Google violated the rights of journalists, and that they should pay royalties to said press. Google announced an agreement with the Franco-Belgian press, highlighting four initiatives:


All in all, it looks like a big freaking win for Google, who staved off press looking for payouts by getting them to use almost every single Google service in exchange for a few services – I’ve seen startups argue better deals with Google in the past 3 months.

Given the similarity to the dispute Google is having with French & German editors, who are calling for royalties payouts for snippets shown on Google News, Google’s CEO of Belgium, Thierry Geerts, took the opportunity to point out that Google is highly in favor of resolving these issues without lawyers, saying “there are plenty of win-win outcomes if Google & the press align their efforts in the digital world.”
The announcement also cited the 4 billion visits that press sites receive each month, roughly 100,000 per minute, and how Google AdWords send $7 Billion to news sites each month.
Lastly, the blog post highlighted two different studies(this one and that one) which concluded that the press should not try to force Google to pay them, but instead should work together with them.

What’s this all really mean

I think there are a few key takeaways from this announcement: