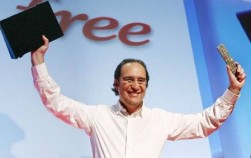 As Minister of the Digital Economy Fleur Pellerin gets ready to meet with Free in response to what is now being called #AdGate, a source close to the the ISP has confirmed that the ad blocker, which we explained blocks primarily Google properties, will be “neutralized” in the next few days, l’Expansion reported this weekend. The minister is meeting with Free, along with representatives from the ad and web industry, in order to address the ad blocker, which Free activated for ~5.5M users who receive DSL from Free’s Freebox Revolution last week.

We pointed out last week that, given how the ad blocker was more of an ‘ad filter,’ removing select ads, especially Google ads, that this was likely connected with Free’s ongoing struggle with Google, whose properties (YouTube, Google search, Google Ads, etc.) account for a large portion of the traffic on Free’s network. It has come to light now that this was meant to pressure Google into sharing ad revenue with French ISPs (particularly Free). Special deals have already been drawn up between American ISPs and Google, and it is only a matter of time before ISPs realize that one player is sucking up most of their margin; however, I don’t think this was the way to declare war.

While Fleur Pellerin’s swift reaction to the incident is encouraging, I worry that the government’s personal agenda towards Google, namely to drain it of cash as payback for not paying any taxes, and will miss out on the ultimate issue – Separation of Power. Many are saying that the ISP-level ad blocker would be just fine, if it were not activated by default. I disagree, and discuss that in another article.

I worry that the compromise will be to make the adblocker opt-in instead of opt-out, and no one wins here. Free loses because users will still see Google properties, the government loses ground with Net Neutrality people, something they’ve supposedly defended in the past, and something I thought we were gaining ground with the reducing of power to Hadopi.

Either way, this is certainly a blow to Free’s image, which was that of the only “cool” ISP.