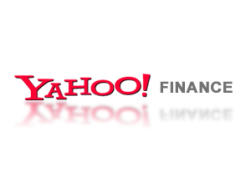 Chapter 7 of the ongoing sage of “France Tax Authorities investigate Multinational Tech Companies,” with this week’s target being none other than Yahoo! France. Originally reported on BFMTV, Yahoo! France reportedly paid just €462K in taxes on €79 Million in revnue in 2011, or .58% of their revenue. Yahoo joins the likes of Ebay/Paypal, Facebook, Amazon, Google, and Microsoft; however, it seems that Yahoo! France has been avoiding paying taxes by a different route than the others, who have run their revenue through their Irish HQs in order to avoid paying French taxes, part of the Double Irish tax setup. Yahoo! France instead has a series of parent companies which ultimately lead to Yahoo SARL, a Swiss company through which the French sub-sub-subsidiary operates most of its revenue.
As these various tax evasion scandals continue to unfold, the thing in common between all of them is that they are 100% legal, for now. While the French government hopes to pry open some mistake or wrongly signed document/email, the odds that, not only did one of these multi-billion dollar companies “mess up” their tax system and accidentally run revenue through the wrong subsidiary, but that a French tax employee will be able to catch it (though they are quite good at it, I hear), is minimal. These tech companies pay more to their accounts & lawyers than the French government officials are paid, and they make sure to get their annual bonuses (which are large, because they’ve maximized it by not paying taxes in France 😉 ).
These stories will continue to crop up as the French government is confronted with the dark side of Europe, and that companies, and not just internet companies, are no longer required to pay taxes in every country in order to operate there, and that there were always be a tax optimization strategy which will leave the most attractive country taking in less than they perhaps want to earn from corporations, but more than their European brethren can hope to get with high tax rates.