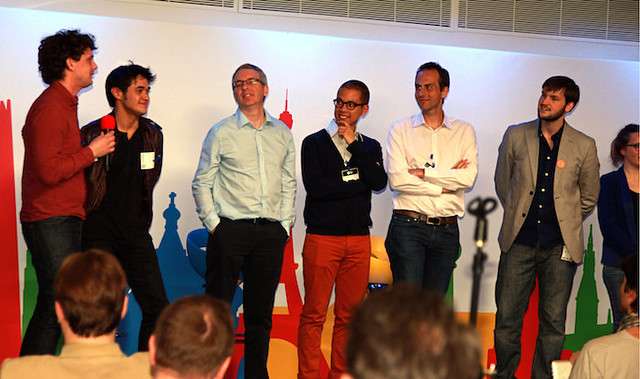 Back in 2013, I dreamed of organizing a startup meetup that was so good, you’d keep coming back. Like many, we had organized a few bar meetups – thanks to Orange & eFounders for being among the first companies to sign us checks that allowed us to get our friends drunk – and we realized that we needed something more. Among colleagues, I said that I wanted to organize an event that was the quality of LeWeb for the price of an Uber: accessible and valuable. This Friday, April 28th, we’ll organize the 10th consecutive quarterly edition of ParisFounders, which came after roughly 10 monthly bar meetups – 10 seems to be the magic number, because we’ve decided that this edition will be our final edition. This edition is going to be by-far the most fantastic event we’ve organized. We’ll talk to US companies about how they handle Paris, and Paris startups about how they handle San Francisco. We’ll talk about two of the most important upcoming events in Paris’ startup scene that aren’t being organized by us, and, as someone who gets to choose the 5 finalists who will demo on stage, I can tell you we will have some awesome startups demo-ing this Friday. Not to mention we’ll be returning for our final edition to Palais Brongniart (the “Bourse”), one of my favorite venues to host ParisFounders (mostly because it holds the most people). 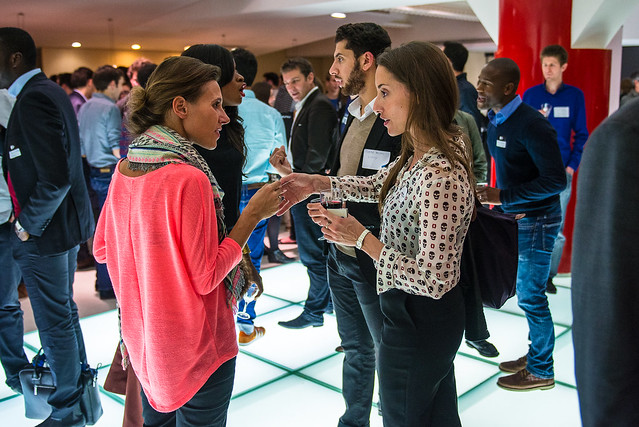 #ParisFounders has brought together nearly 5,000 Attendees over the past 10 editions – we’ve spent about €250,000 putting on these events, and have taken in about as much sponsorship from great companies like BNP Paribas, Microsoft, Orange, EDF, Airbus, United Airlines, but also from startups like Mailjet (easily our most loyal startup client over the years), and VC Funds like Iris Capital & Otium Capital.

Fun fact: every one of eFounders’ companies that has launched in the last 3 years has done so at ParisFounders. All the other startups have been sponsors.

Why this is our last edition 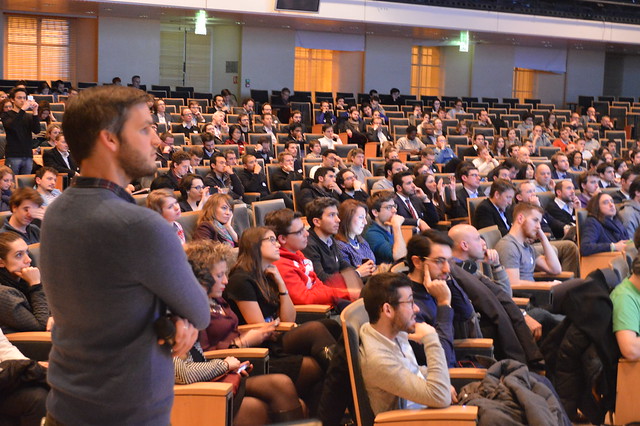 I love organizing #ParisFounders, but, much like I wrote about Rude Baguette last October, as a media, at some point what you have been doing goes from being vital to being a standard – the Paris Startup ecosystem no longer needs the quarterly #ParisFounders Meetup. TheFamily organizes amazing (free) events, as do dozens of players around Paris. When we began ParisFounders, speaking English at a local event was scoff-worthy. Now, it’s the norm. The norm is great, but Rude Baguette doesn’t want to be the norm – we constantly seek to make ourselves redundant in order to reach the next step. #ParisFounders will always have been, at the time it was being organized, the best bang for your buck in terms of startup networking events; however, Paris doesn’t need a quarterly meetup. It needs something else. 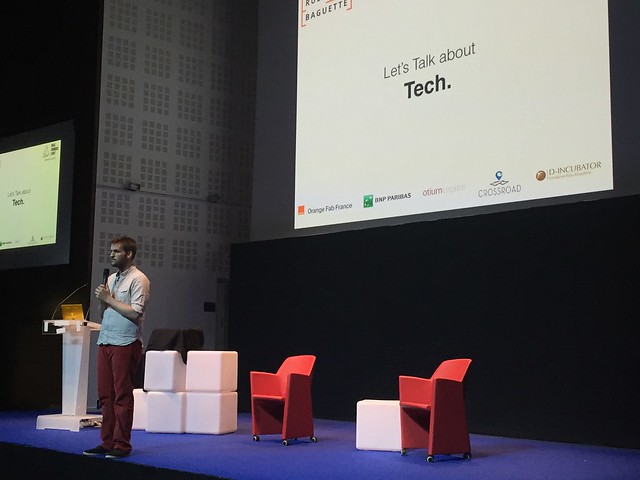 On Friday, we’ll announce an event that I have been working on for the past 6 months, since our October edition of ParisFounders, when we brought 1,000 startupers together and I looked and thought “we need to go to the next level.” After 2014, Paris lost LeWeb – yes, Loic is returning May 13th with Leade.rs to promote his new speaker bureau startup, which I’m following attentively as someone who booked 500+ speakers a year – but Paris needs an event worth of the City of Light. We believe that not only is Rude Media capable of organizing that event – we’re now a 12-person team managing 11 events per year – but we have an obligation to do so.

I have been to 50+ tech events since starting Rude Baguette – I’ve spoken at most of them, been an attendee at few, and usually dawn the ‘press’ status that gets the attention of article-seeking startups. Over the past few years, I’ve learned that three things make an event suck – and trust me, it’s less important to focus on making an event “great” (champagne, cover speaker expenses, political figures visiting) than it is to make sure your event doesn’t “suck.” The one does not counter-balance the other. Three things that make an event suck:

You don’t need to attend ParisFounders this Friday in order to hear about what we’ve been working on – trust me, we’ll tell you all about it next week – but, if the event has held for you a fraction of the importance that it has held for me in the past two years – you might want to say goodbye.