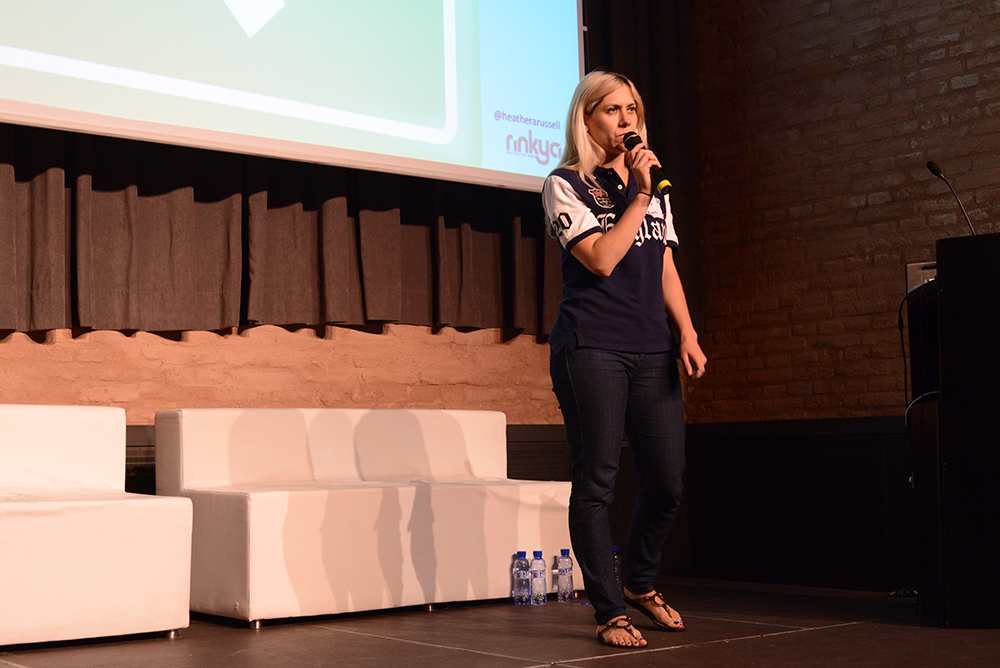 The following is a guest post by Heather Russell, founder & CEO of Rinkya, a Tokyo-based eCommerce site founded in 2001 which ships Japanese products all over the world. You can follow Heather on twitter at @heatherarussell

On Thursday, July 11th, I was lucky to be a speaker at The Next Web and Barcelona IO’s sold out co-event at the Antiga Fabrica Estrella Damm brewery. I was one of over 20 speakers including some angels, investors, entrepreneurs and business gurus speaking about business and startups.

As we listened to the speakers encourage the startup community and give budding entrepreneurs advice, it became evident that there was something special about Barcelona. Normally, I encounter this same situation all over the world, but the buzz in the room was one of excitement and wonder. The crowd was here to listen, not just for the free beer.

Was it special enough to foster a healthy startup community though?

Are they right? I noted that Barcelona seems to be unusual in the sense that no one ever asked, “How can we be like the Valley?” No one seemed to give a shit. They only seemed to care about how Barcelona could be a better Barcelona. +1 for this city, I thought.

“Barcelona has the ingredients to be an awesome startup hub”.

“Good to start but not to grow. Passion, but no culture. Capital but no venture. Lots of initiatives, but no glue”.

If the Spanish can produce something as incomparable as Gaudi, innovation is undoubtedly ingrained in the culture. The Sagrada Familia was like NOTHING I had ever seen in my entire life. It took my breath away and transported me to an alien world. It blew me away. In a country whose architecture and artwork can make you feel as if you’ve landed on a Martian landscape, how could they not be creative in all sectors?

“Israel is a much smaller country than Spain and no one considers their startups aren’t fundable.”

We sat down to the speaker’s dinner that night, celebrating a successful event, as you normally do on these occasions.

We laughed, drank and spoke about our personal lives and got to know each other. Just like every speaker dinner I’ve been to though, I wondered though, “Will we really focus on the issues that had come up during the event”? Sometimes we do, sometimes we don’t. Sometimes we just get drunk off our own narcissistic bullshit and the whole evening is an exercise in “my entrepreneurial ego is bigger than yours”. Pretty dreary.

“If you do something great, we will find you, don’t worry. Barcelona is a good place to start, but at some point you have to leave the city and follow your market. We have talent, we have money, but the market here is shitty.”

But the energy in Barcelona was refreshing. Sure, some of us complained about the daily bureaucratic bores that characterise the city. For example, not being able to take advantage of Bicing, (the Barcelona municipal bicycle rent and return program), if you are here short term (“If they can’t figure out how to lend a foreigner a bicycle, how the hell can they think about foreign investment and businesses?”); or dealing with 3am garbage pick-ups (“I’m up everyday at 3am, thanks to the garbage!”)

And then someone cut to the chase.

“Thank you all for coming to Barcelona and the event, but with all of Barcelona’s movers and shakers in the startup community and our guests from all over the world right here, how CAN we make Barcelona attractive for startups? If we brought in more opportunities, we could ease the crisis by attracting more capital, more companies, more talent and more jobs.”

And so, we all put on our thinking caps.

“We need more foreign influence to come and mentor. It’s too homogeneous here,” one person said.

There are 3 things we have to do.

It was a productive discussion, but amid all the celebrating and drinking, I had to wonder, as I often do, is this just idle talk? Is it just bullshit because we are drinking and high off of a successful event? It happens all the time, almost every conference I go to. People love to talk a good game, but no one ever executes. Mirroring the essential philosophies of startup life, execution is the main verb here.

The conclusions we came up with were SIMPLE. It doesn’t take a room full of movers and shakers to come up with what we arrived at that night. It doesn’t take an Einstein, a Richard Branson or a Steve Jobs. Everyone has ideas; some of them are even good! Just like entrepreneurship, the way you start a business is by solving a problem. And often, starting out small and simple is the best way to attack things. Our solution: creating a scene in Barcelona that will attract some big winners.

A crisis is only a crisis in the minds of the collective. It is proven that out of chaos comes order.

Barcelonans, are you an entrepreneur? Do you want to be one? Well stop bullshitting and talking about it. Get up and start! It’s only by executing instead of talking that you will start on your pathway to success. Do something great – because they will find you, don’t worry.