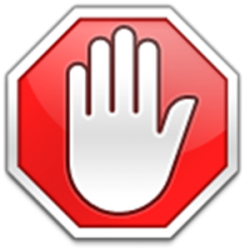 In a recent update to its land-line Internet box FreeBox, Free has activated by default an option in its settings to block ads on any device connected to the internet via the Box. Originally reported by FreeNews (and picked up by Numerama), it seems that people are generally in the dark about why such a decision would be made. With an estimated 5.3 Million subscribers to Freebox as of January 1st 2013, Free, one of France’s largest ISP, could be costing websites relying on advertising for revenue millions of euros, and it raised the question “Can Free do this?”

Censorship of Advertisement: Yay or Nay?

Because the service doesn’t offer a whitelist (contrary to Adblock, a service I’ve used for years), this means that it is an all or nothing choice, activated by default to block everything. And since it is not only internet, but TV and phone lines running through the FreeBox, it’s possible that, if left unchecked, Free could beginning blocking TV ads, or phone calls from known spam hotlines.

While this seems like a potentially beneficial service, there’s no doubt that it’s biting at the heels of several sectors who rely on advertisement to make money, let alone the advertisers themselves who pay to reach an audience, and are blocked at the door.

For now, in order to undo the default ad block, users are recommended to go to mafreebox.freebox.fr, and then Connexion Internet –> Configuration –> Blocage de la publicité. Let’s hope that some open web people jump in and fix this, quick!

Continue the discussion on Hackernews!