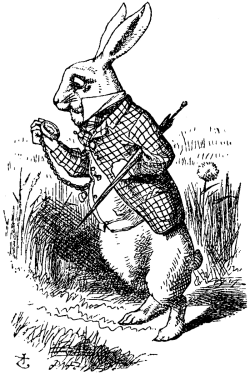 Last May we elected a new French president largely based on his extent of ‘normalcy’. The recent U.S. presidential election revolved around the issue of business acumen rather than inspirational leadership. Not to mention last week’s embarrassing punt by the U.S. congress on the fiscal cliff resolution when what would have really made sense would have been some kind of grand bargain that addressed current challenges while also course-correcting for America’s long term interests.

Think about how much better society would be if we had politicians who pitched us an ambitious vision and then persuaded us to follow them down the rabbit hole.

I submit that this moral lends itself to venture-backed startups too. Managerial competency and financial prudence are laudable attributes… but not in an entrepreneur of an early-stage tech startup. Mistakenly, many VCs in Europe tend to overrate these qualities, either by restricting their investments to tried and true business models (service agencies, e-commerce, etc.) or by replacing founders with a ‘safe pair of hands’ too early in a startup’s development.

With too many of us European VCs as former bankers or MBAs, and not enough of us as former entrepreneurs, investing in an unorthodox visionary with radical ambition falls outside our comfort zone.

I hope that in 2013 we can learn to more frequently step outside our comfort zone, as voters and investors alike.