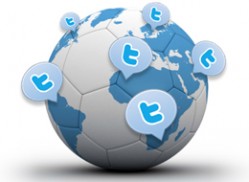 Twitter announced on their blog[fr] this week that they are rolling out localization for Twitter Trends. Users will now be able to drill down trends not only to countries, as was possible before, but to specific cities. In France, users can choose between Bordeaux, Lille, Lyon, Marseille, Montpellier, Nantes, Paris, Rennes, Strasbourg & Toulouse – 9 of the top 10 largest cities, with Nice somehow replaced by Rennes (go Rennes, I guess). Drilling town by city means that trends will reflect things being talked about in your city, instead of all over France.
In the blog post, Twitter France tells us that choosing to see trends in specific cities also means you’ll be recommended twitter users who are affluent in that area, such as the mayor of Paris, for example, (which is misspelled “@BertandDelanoe” in the Twitter France blog post).

I wanted to see what the difference was between all the different Trends options, so I lined up the 4 that could be relevant to me – (Tailored) Trends, Worldwide Trends, France Trends, and Paris trends, all on my @LiamBoogar twitter account:
The least relevant for me is clearly WorldWide Trends – really, I don’t know who that is relevant for. I see a few references to the Pearl Harbor anniversary, and a lot of Spanish (I think). Tailored trends is a little hot and cold – Chris Brown (whom I don’t follow on Twitter, nor any other R&B/rap artist), Bercy & Francais, and then Terre, French for “earth.”
Zooming in to France, I get a little more relevant information – Lyon & Paris, two cities in Paris. #Neige, because it’s snowing in France today, Free Mobile, which when clicked doesn’t link to the infamous telecom company, but refers to a TNW article by Robin Wauters about a German startup offering “Free mobile travel guides.” Getting closer, and a few interesting trends that could inform me of things I didn’t know, but still a bit dull for me.
Paris includes some of the same trends as in France – normal, given its the largest twitter population in France, one of the top 15 cities on Twitter overall. Google+ is trending, related to their release of “Communities” yesterday, their version of Facebook Groups.

Do we really look at Trends?

The macro level of these trends is interesting, but it’s so diverse, that it’s hard for me to find it relevant. For me, I think looking at France would be the most interesting, but I’m still not sure it’s the most useful thing on Twitter. I can’t say I’ve discovered a lot from Twitter Trends (TT) in the past, but maybe that will change