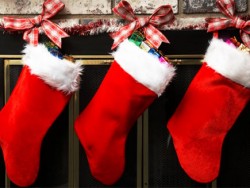 Seedcamp Paris has announced three new investments in startups who participated in Seedcamp Paris earlier this month. The startups invested in are Berlin-based knowable.org, a social network for ‘makers,’ Paris-based tldr.io, a service ‘summarizing the Web,’ and Cambridge-based Unifyo, which brings contact information “when you need it.”
In their announcement, Seedcamp stated that they chose the teams for vision, ability to execute, team, and product.The selected teams, which we profiled earlier this month,  will be invited to work at Seedcamp’s London office, Google Campus, and will be part of Seedcamp;s notorious US trip to Boston, NYC, and the Silicon Valley next spring.
From our announcement earlier this month, here’s our reviews of the three selected startups:

knowable.org(Berlin) – knowable.org offers convenient access to practical solutions for everyday challenges. It’s a collaborative platform that connects DIY-enthusiasts all over the world, allowing them to share, discuss, and build upon their ideas. Its core are simple step-by-step guides that can be altered, refined, and combined by its users, enabling everyone to find a specific solution for their individual need.
tl;dr(Paris) – tldr.io crowdsources summaries of webpages. It is harder than ever to find and consume relevant content on the Internet. We want to make this easier and faster by providing human-written summaries for any webpage, accessible by anyone at the click of a button. Ultimately, we want to become the summary layer of the Web, so that anyone needing summaries can call our API or use our tools.
Unifyo(Cambridge, UK) – Unifyo is a disruptive data integration tool which helps customer facing employees at SMEs to get 360 customer profiles inside any website while they browse. SMEs are underserved and handicapped when it comes to data integration, leaving a time sink for employees to look up relevant customer info from a multitude of systems and letting employees act out of sync.

Seedcamp Paris, which took place earlier this month, brought 20 European startups together in Paris the day before LeWeb, providing an opportunity for startups to pitch, receive feedback from Seedcamp’s world-class mentor list, and talk one-on-one with mentors and former Seedcamp companies. Franco-Californian VC Jeff Clavier, resident New Englander and recent French citizen David Bizer of HackFWD, and the effervescent Colette Ballou were just some of the master mentors that startups got to meet with during the event.
Among the Seedcamp Alumni present at the event were WriteThat.Name founder and serial French entrepreneur Philippe Laval, Paris-based Stupeflix founder Nicolas Steegman, and Berlin founder of Lookk Andreas Klinger.
Seedcamp has seen 70 European startups pass through its program, among them quite a few French startups (in additiion to those listed above), including teleportd, who mentored at the event after having raised $1 Million for its Instagram analytics solution Nitrogram. Sush.io, who’s getting ready to relaunch after pivoting post Seedcamp, also passed through the program.

2012 has been quite a busy year for Seedcamp. In addition to its annual trip to the ‘States, the program hosted 10 events all around the world, and hosted Seedcamp Week in September. The program continues to live up to its self-proclaimed title of Europe’s largest accelerator program, and it continues to deliver exactly what it promises, and promise exactly what it delivers. While the program has only seen two notable exits since its inception – Mobclix (acquired) & RentMineOnline – it continues to support the European ecosystem and, for the time being, the investments keep on coming.