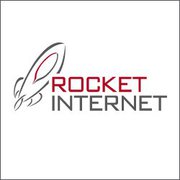 The Samwer brothers, founders of Rocket Internet and jokingly referred to as the ‘clone kings’, might just end up having the last laugh given the impressive fundraising news they’ve been announcing recently.  First came the news that they raised $26 million for one of their SE Asian startups Lazada (considered their ‘Amazon clone’), then they announced that they raised $65 million from a consortium of investors to fund their growth in Latin America, and then another $10 million investment earlier this week in their food startup HelloFresh.  Now comes the announcement that PPR has invested $13 million (€10 million) into Rocket’s holding company Bigfoot I that includes their Russian fashion site Lamoda, South American fashion site Dafiti, and Middle East based Namshi (where Bigfoot has a stake).  As mentioned in Tech Crunch, this is Rocket Internet’s first luxury investor, so it seems that the established fashion and corporate world is starting to take notice.
As we discussed earlier this week, PPR put a similar level investment into fast-growing social commerce startup the Fancy, so they clearly believe in the potential of fashion tech.  With luxury firms increasingly looking to developing markets for new opportunities, it makes a lot sense for them to make targeted investments in startups, incubators, etc that have concrete and, even, aggressive plans to grow in these markets.  Helping to drive the success of startups in emerging markets can only be a net-positive for a multi-billion dollar conglomerate such as PPR, giving them earlier access to new consumers, distribution channels, and platforms to build their brands.
Although there’s a lot of controversy around the approach that the Samwer brothers have taken to get Rocket Internet off the ground in Europe, it appears to have dawned on them that bringing their model to emerging markets is probably the smarter way to go. As many startups and larger firms are hesitant to venture into these markets, getting there ahead of the pack not only offers them the ability to shake-off the ‘clone factory’ label a bit, but also gives them the opportunity to exploit a first mover advantage. With the various investments discussed here as well as previous investments from JP Morgan and Summit Partners, investors are obviously quite bullish on Rocket Internet’s style, operational approach and expansion strategy.  Rocket’s track record, which was highlighted in this great piece on the brothers in Wired early in the year, also doesn’t hurt.  Impressively, as of last spring, only 5 of the 30 companies that they’ve launch failed.  Irrespective of the (worthwhile) debate around the ethics of their model, those kinds of results will certainly keep the investments flowing.