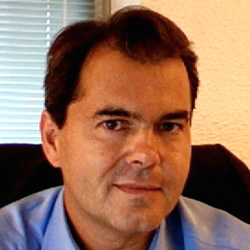 Yesterday I chatted with fundraiser and veteran member of the French startup community Pascal Mercier for our weekly Rude Hangout. Pascal Mercier has been involved in the startup community in Paris “since there were only a few of us” in the late 1990s, and two years ago he launched Global Equities’ M&A & corporate finance division, which this year did 14 deals with tech startups, of which 5 were cross-border deals.
The first thing that Pascal couldn’t wait to say was how great the French ecosystem is doing – and after all, I can’t disagree with him. According to the Startup Genome report, Paris is the 11th highest ranked startup city, and has been categorized as an “independent” ecosystem, unlike Berlin, which is categorized as being in its “hype” stage. Paris has seed VC – according to Pascal, 5 new seed funds arose this year – we’ve got series A & series B investors, and while we lack in the Series C & D funding, Pascal and I both agreed that, for a French tech startup, a Series C &D round can easily be found in more global funds, as a startup in that stage should be international and getting ready to go global anyway.
Pascal also recounted the beginnings of the #geonpi movement which started last September, of which he was an initial member – a 2AM facebook group invite on a Friday, which by Monday morning has 3,500+ members, and would eventually garner 70,000+ fans before closing down.
After a few technical difficulties, which I had been experiencing before the hangout started, I was a bit quick to wrap up the call, though Pascal and I continued to chat for 10 minutes after going Off Air. I told him how surprised I was at the difference between how approachable a fundraiser is and how approachable a VC is – he says its in his 5-person team’s DNA to be always available to answer the phone.
Unlike the Silicon Valley, in Paris, you don’t run into a VC on the street, which means it’s hard to make headway when raising a round for your startup. Pascal, therefore, sees fundraisers in Paris as having the opportunity to assume a different role in the ecosystem – no longer the searchers of sleezy money, Pascal sees fundraisers as being on the side of the entrepreneurs in Paris, and I have a tendancy to agree with him.
Pascal was an extremely approachable person, and was very open about talking about almost everything (outside of NDA-restrictions, that is). He seems to be an avid defender of French work ethic, calling me out for my tongue and cheek remarks about French stereotypes about not working for weeks on end during the holidays. I think I’ll be calling his office on December 26th to test just how much he works, but Pascal says that deals regularly close between christmas and New Years, so I’ll be keeping my ears to the ground for any breaking news.
If you’d like to join us for a Rude Hangout, comment below or send us an email at [email protected]