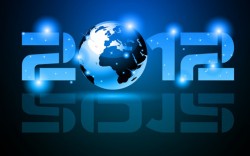 Throughout 2012, there were definitely some recurring themes in the French tech scene – to be frank, some companies just make headlines more than others. We’ve compiled our top 10 list, with a bit of the ‘highlight’ news that these companies found themselves in:

The runners up in trends are quite noteworthy as well – Apple / iPhone likely placed lower on Rude Baguette than they did on any other tech site this year. Amazon‘s opening of two new logistics centers in France, as well as that $252 M tax bill they received put them on our radar. SFR lost more than just a CEO & one of their more expensive Paris real estates, it lost a couple hundred thousand clients as well to Free Mobile. LeCamping & its companies also got a fair amount of love on Rude Baguette.
We also published the Top 5 most read articles of 2012 – check it out here!