I’ve often remarked how U.S. venture capital firms are miles ahead of European VCs in their strategies and execution. Mercifully, there is one so-called ‘best practice’ in Silicon Valley that has not really caught on here in Europe: the one-upmanship in releasing humorous holiday parodies.
Here are 5 standouts over the past decade (caveat viewer: I’m not claiming that these are good!).
1. Onset Ventures – for over 15 years Onset has been creating a multi-page holiday card (the only one on this list that is not a video, but included because it has become a venerable tradition in the Bay Area VC scene.

2. Labrador Ventures
[youtube
.
3. First Round Capital – another perennial that turns out the most fans and haters. Here’s the 2010 version because the 2011 model is too embarrassing to post:
[youtube http://www.youtube.com/watch?v=kmjt02LMsLI?feature=player_embedded]
.
4. Foundry Group
[youtube http://www.youtube.com/watch?v=SKArupEBE6Y?feature=player_embedded]
.
5. Softbank Venture Capital – a blast from the past. This is probably my favorite for its timely relevance (Oct 2000) and its pioneering of the genre (serious props to Dan Primack for digging this one up).
[youtube http://www.youtube.com/watch?v=7OTLbJKkVkU?feature=player_embedded]
.
Finally, if you think the above cannot get any worse (or you’re a glutton for punishment), I offer you your very own Rude VC’s trainwreck from two years ago: 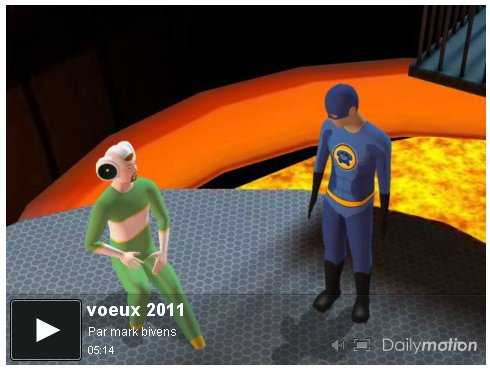 .
I wish all Rude Baguette readers a safe and enjoyable holiday. See you in 2013 !
#
Submit a post
Tweets de Rude Baguette