I wanted to reach out to my ‘colleagues’ and discuss the state of tech journalism in France. I get it. Sarkozy terrified Journalists into remaining “unbiased”. This whole “startup” thing is still new, so we’re all sort of figuring out how to cover it. But look – I’ve been writing about and talking to European entrepreneurs for about a year and a half now, and there are a few recurring issues with tech journalism that entrepreneurs have pointed out, and that I have noticed:

1. Grow a pair, a pair of opinions

Coming from an Anglophone culture, I highly doubt that it is in the best interest for news to be devoid of opinion, but perhaps this is what the market demands, for politics, economics, international relations, etc. In that case, let’s give the readers of tech journalism what they want.
Stop writing the ‘what’ and start writing the ‘why,’ like why is what you’re writing about important? Why should I keep following this startup? Why are they going to beat out their international competitors? Why are you giving them your time? The “What” is easy – it comes gift-wrapped in a press release, and it’s plastered all over a startup’s website (especially when they lack a product, clients, and traction). Start telling readers “why,” the thing we can’t get on our own. 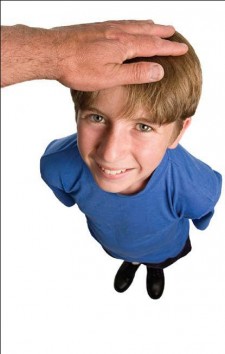 I don’t know one single startup that would like to be referred to as “hoping to,” “planning to” or “daring to” do something. Unless their age specifically relates to their market, product, or gives them a business advantage, let’s stop referring to them as jeunes pousses “young sprout” – to me it sounds like how you would refer to the kid who got first place in a elementary school science fair. Considering the average age for entrepreneurs in France is well over 30, I invite you to stop stereotyping entrepreneurs as young & lacking experience, “but still looking to change the world, nonetheless.”
Instead, let’s be critical of these startups, supporting the ones that we think stand up to the test of time, and suggesting what we’d like to see improved for those we don’t. Personally, I only ever offer criticisms of startups that A) are getting undeserved press that is missing key facts and B) startups whom I think embody errors that other startups could learn from.
A journalist is only as useful as his insight and voice, so let’s share the insight that comes from the 100s of startups that we see each year. 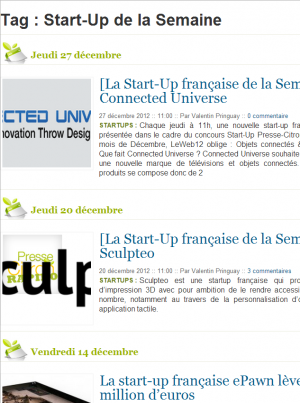 This one specifically goes out to Presse Citron and, as of lately, Journal Du Net. I recently stated my disappointment in JDN for starting another “startup of the week” series, and whenever I see one of these articles I’m instantly reminded of the Incredibles. You know when the super-villain turns out to be a batman-like normal person who uses technology to become ‘incredible,’ and he says “when everyone is special, no one is.” If you make it a requirement to write an article each week about a startup, you devalue every startup you will write about, because you put them all on the same level (instead of just making the effort to meet new startups each week, and profile them, whether or not it is one per week). And since, eventually, you will run out of good startups and write about a so-so startup, every one of those startups is brought down to the lowest denominator: “oh, they wrote about X.” “yeah, but they also wrote about Y, remember?” “oh yeah.”
Instead, let’s just find startups and write about them, without making a gimmick out of it. These article series are just piling up checklists for startups to sign off on in order to get to the next level – VCs look to see if they’ve been on these lists, not to determine whether they are worthy of investment, but just to see if they’ve jumped through the hoops enough to be considered. 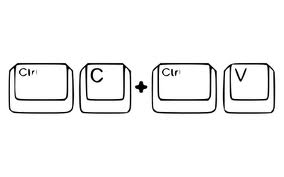 I get it. Stories break, or startups send out the same press release to every journalist at once, and you want to be first to the story. Rude Baguette is guilty of trying to be first to the story, and that’s become the name of the game – but we’re never going to compete with Twitter, so let’s stop trying to be the fastest, and start trying to be the best. Readers aren’t coming to us for the facts – they are coming to us in order to understand them, and that will never be replaced by a glorified RSS feed.
I personally do my best to avoid writing about a startup, especially a fundraising, if they email me their general press release as their announcement. Likely, some other publication has already gotten the exclusive on it, and unless I’ve been following the startup for some time, I’m more likely to tweet out a congratulatory tweet than to write an article about a startup I don’t know. Regardless of what I do, though, I never copy+paste a press release, and I never leave off my own input. If I don’t know the startup well, I talk about their relevance to sector trends, or the team’s background and how that will help them – and if I can’t think of anything to add to a press release, then I really shouldn’t write the article, should I?