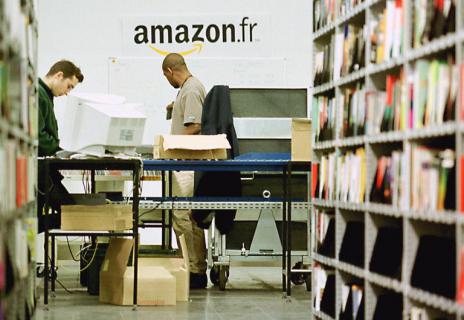 Reported in LeMonde, Amazon has decided to set up a fulfillment center in Burgundy which is projected to create approximately 1,000 jobs.  The center will reinforce Amazon’s strong presence outside the Paris region, as it already has two other logistic centers in Montelimar and Saran (Orléans).  The planned expansion was confirmed this week by France new Ministre du Redressement Productif (roughly translated, Minister of ‘Industrial Renewal’), Arnaud Montebourg.  Although discussions have apparently been on-going for several months around the Burgundy center, the new government can claim credit for sealing the deal with Amazon and creating a significant number of jobs in a down economy.  Another interesting aspect to this story is that Minister Montebourg is also a deputy and president of the local assembly in one of Burgundy’s departments, in Saône-et-Loire.  Amazon have yet to decide if they will base the facility in Burgundy’s Cote d’Or department or Saône-et-Loire.  We’re sure as a minister, M. Montebourg is taking a neutral role in the final decision process, although he likely has his personal preference. 🙂
It is good though to see politicians pushing for something that tangibly benefits their constituents and, of course, always good to see US companies continuing to invest in France.